We are delighted to announce our 4th accreditation of the Full British Council International School Award.

The global dimension and international learning are key to the ethos and fundamentals of Southroyd school and are a vital part of the "Southroyd Promise". 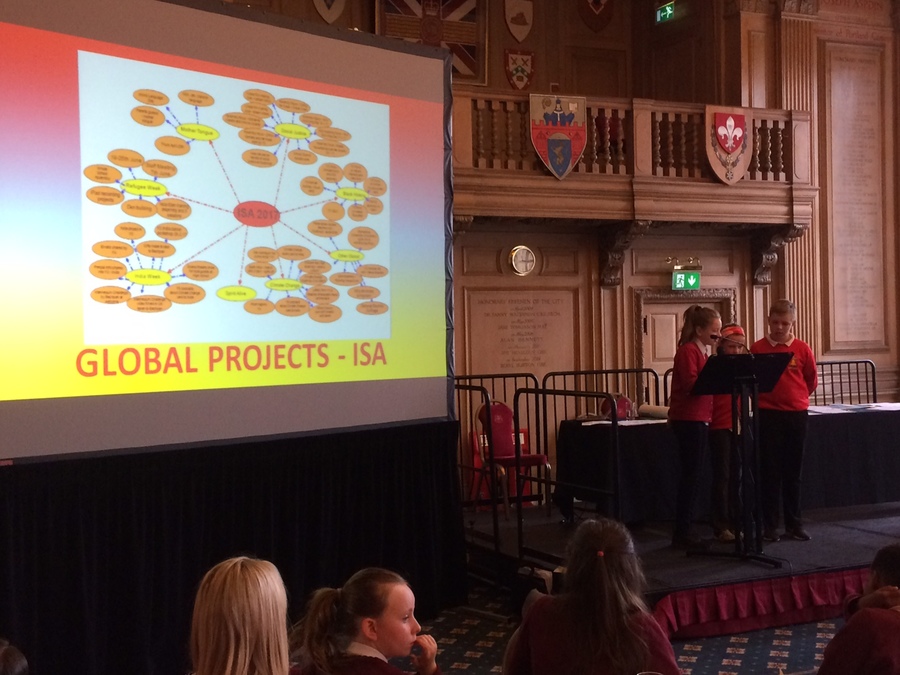 Chloe, Isaac and Connie represent school at the Leeds Pupil Voice Summit to explain all about their international projects.

To re-accredit the ISA we have evidenced 7 projects within our school year, which reflect elements of international learning and support the global dimension. You can find more details of these projects from the links below.

We want our children to leave Southroyd ready for their place in the wider world, not just high school. 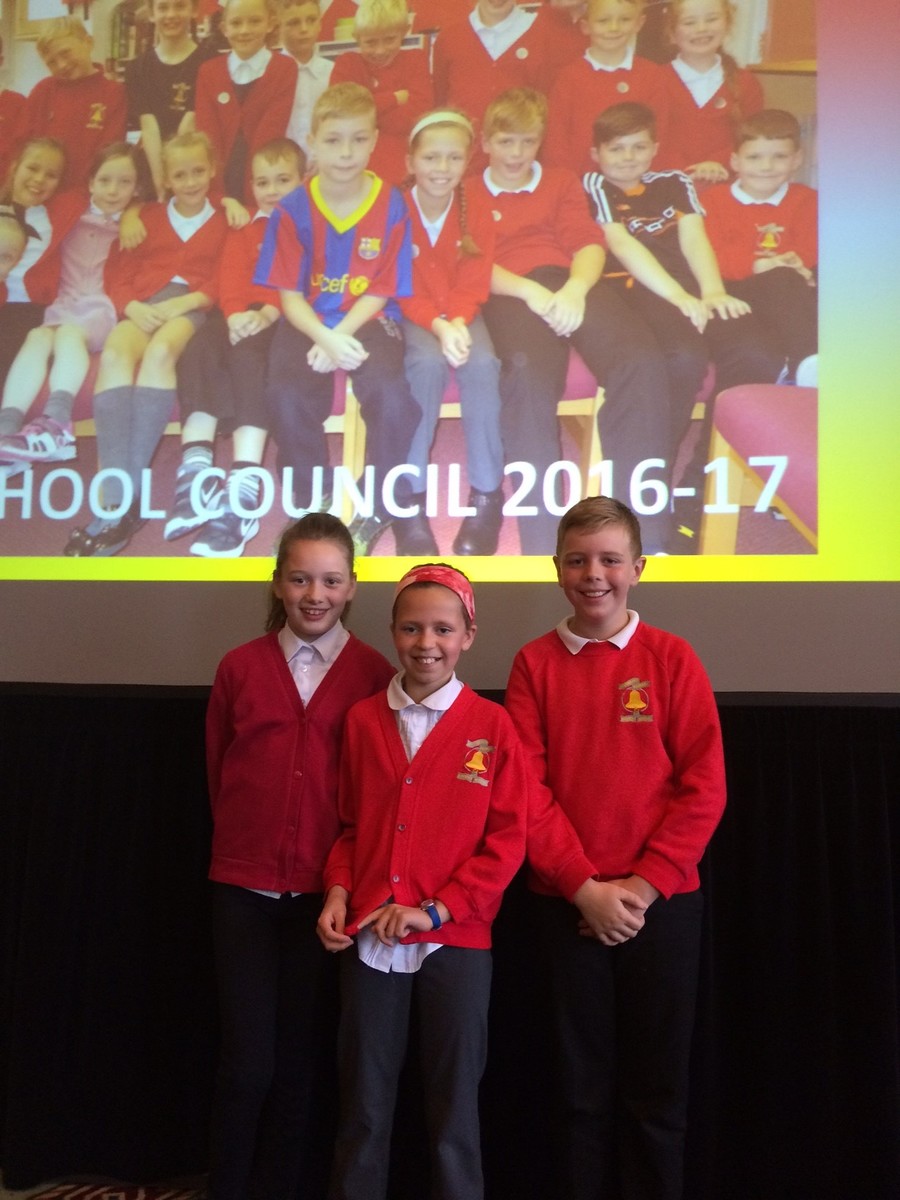 FEEDBACK FROM OUR ACCREDITORS

"Southroyd Primary and Nursery School. International School Award Re-Accreditation: APPROVED. The international dimension at Southroyd Primary and Nursery School is very clearly a valued and high-profile part of your curriculum, staff professional development provision and whole-school ethos, promoting citizenship and celebrating cultural diversity across the school and wider community. International work continues to be fully embedded in your curriculum, complementing your school's values and key priorities. Your submitted international activities enable children to learn about other countries and aspects of their cultures, and also to consider current issues via accessible and stimulating project activities. Your long-standing partnership with a school in India is an important part of your school profile, providing rich learning opportunities for both pupils and staff via effective collaboration, whereby communication and exchange of information on agreed topics is regular and reciprocal, leading naturally to curriculum-based discussion, reflection and exploitation.

Children present their Global Projects as part of a presentation to 30 other schools at Leeds Civic Hall. Members from School Council presented some details about their role in the international school award projects.

The requisite element of foreign language learning also features in your international work. Your Impact Evaluation provides insight into the benefits for pupils. They have gained knowledge of other countries and cultures, as well as awareness and understanding of current issues and citizenship skills and attributes which stand them in good stead for secondary education and beyond. You also highlight the benefits of international work for teachers' professional development gained via increased skills in curriculum planning to include an international dimension. The long-standing reciprocal visits between your school and your Indian partner school also continue to provide excellent opportunities to share good practice with international colleagues, and it is to be hoped that your visits to India can continue despite the current absence of suitable programmes of funding. Your international activities also engage local community members and groups. Your ambassadorial role is firmly established with your school's experience and expertise proving beneficial to the local DEC and local schools via dissemination of your activities and learning outcomes. Your high profile in this area also attracts overseas visitors who in turn provide further cultural learning for your pupils and staff. Overall, your application conveys a strong and well-deserved impression of confidence and pride in your international work, which looks set to go from strength to strength in the future. Congratulations, and good luck with your school's continuing international journey! " 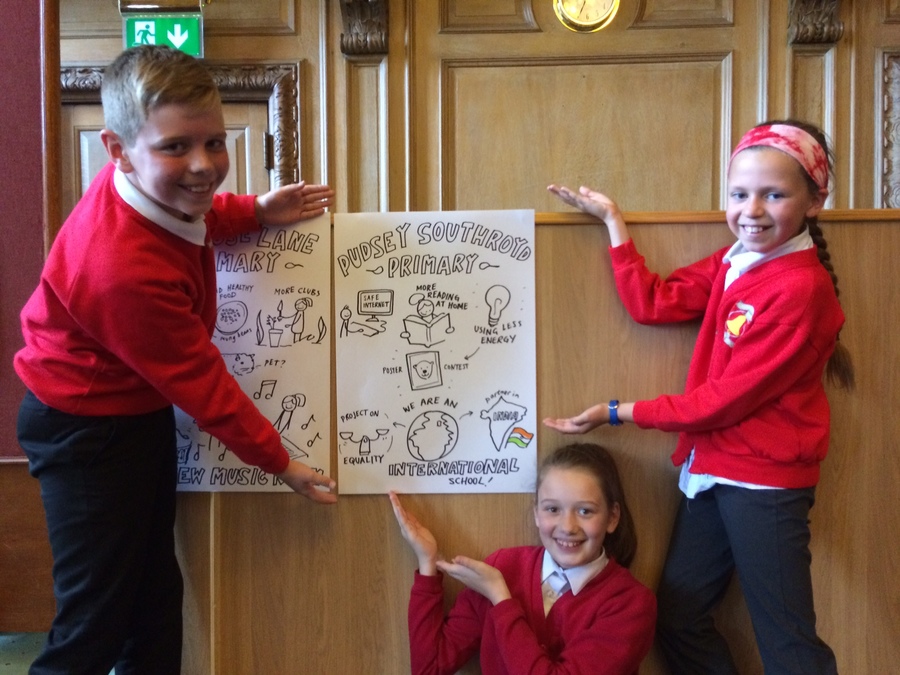 As part of an exchange from Trinity University, we were thrilled to share two days with international guests from Panama on September 30th and October 7th. It was a lovely opportunity to introduce Panama to our children in assemblies and welcome our guests, as well as spending time finding out about Panama during both visits.Overall we hosted 12 guests over the two days.

On November 21st, children in assembly talked about the United Nations work to develop the rights of the child. November 20th each year is the international day of Children's Rights. The discussions were linked to our Anti-Bullying Week work to update the "Rights" section of our Anti-Bullying Policy.

This half term children from Y4 and Y5 have been involved in film making activities involving heroes of social justice. In the first sessions, children worked in groups to capture freeze frames to represent their chosen hero of social justice in a cartoon strip, using Strip Designer. Children included freeze poses of the contribution of Malala Yusufzai and Rosa Parks to social history.

In January, as part of our school PSHE "Going for Goals" we re-introduced the United Nations Global Goals and talked about the 17 pledges made by 193 countries of the world, to improve life for all groups of people before 2030. This led to a focus on social justice from Martin Luther King Day, on January 17th.

Children learnt about Chinese New Year in assembly today (30th January) and thought more about what we mean by culture. Children in nursery shared their dragons which they had made and children found out more about traditions and history behind the events.

On February 6th, the children learnt about Mohatma Gandhi in whole school assembly - he was a hero of social justice who was born in Gujarat, not too far from our partner school. In the same assembly the children reflected on their thoughts about India and what they might find there.

On Tuesday, 14th March children thought about their Climate Change week in school assembly, thinking about how our actions affect changes which may impact on climate change. The children took part in Earth Hour, alongside our partners in Bachpan School, turning off our power on Friday 17th March between 2pm-3pm. Children used a series of books to think about climate change and as well as really enjoying these inspirational texts, they shared copies with our friends in India.

We are excited to welcome, Nola Ellen, a guest speaker to school during Refugee Week in June. As well as den building and related activities we will ensure that all the children think about the plight of the world's refugees. Look at the Refugee Week page to see our special newsletter which was shared with all parents at the end of a very busy week. During Christian Aid Week, guests visited Y3 to talk about the work for refugees conducted following natural disasters.

On July 4th, children from School Council presented to 30 other primary schools at the Leeds Civic Hall, to explain some of the projects they have been involved in and the International Projects as part of the ISA.